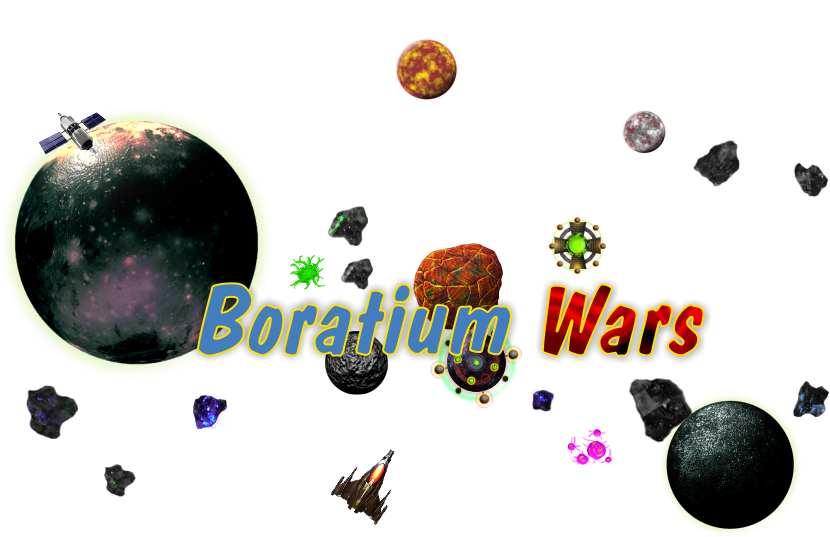 I - The Celestial Body

In 2210, an asteroid one third the size of Earths moon passed between Earth and her moon. Settling into Earths orbit this mysterious celestial body baffled humanity in both its proximity, and it's appearance. Negara as it was called, could pass between Earth and her moon with little immeasurable effect on either body. Its surface was black and without reflection. Streaks of green and blue light could be observed across its surface.

Negara had come from seemingly nowhere and her odd orbit only begged further question. In response, humanity began a massive quest to develop craft that could enable travel safely to and from her surface. Space travel had long ago lost favor and interest in the eyes of humanity, but Negara's presence had re-energized its passion. While some would ultimately pray to Negara as a religious deity, others would turn all focus to the potential hidden wealth it presented.

Ambition would rapidly advance technologies towards sustainable space flight and habitation. Wars simmered as a new playground could be found in the skies above. Resources and land which could be squabbled over in the limited geography of Earth was no longer the most profitable avenue of pursuit as Negara quickly became the true power and currency of Earth.

To reach Negara, a conglomerate of rich investors known as "The Private Citizens of Earth Coalition", launched the first human piloted space craft 250,000 kilometers beyond the moon in the greatest space achievement of the past 150 years. This was a monumental achievement for humanity and would ultimately ensure the possibility of reaching Negara. As PCEC had merely purchased the needed ensemble of technologies required to accomplish this feat, others soon followed.

PCEC's successes translated into massive corporate growth as the space industry overnight became a sensation. Space quickly became the most profitable sector in industry, with every country on earth competing in this race. Soon the development of Ion drive technology further advanced space flight. Achievable speeds in excess of 350,000 kilometers per hour meant vast distances could be reached in relatively shorts periods of time.

On July 8th, 2236, "Explora-Incorpus Inc." or EP, reached Negara in what would be called the most expensive endeavor ever taken on by humanity. Explorers from EP reported massive clouds of dust composed of raw carbon, iron, copper, lead and diamond. All crews reported massive anomalies with their instrumentation as they approached. But the true answers would take months to uncover through study of the data and samples collected during the missions.

Data collected yielded the discovery of a new element known as "Boratium". Named after its finder, Thomas Borati, Boratium would change the very course of human evolution.

Combining Boratium with other metals enabled radical improvements in everything from strength to weight savings. It improved almost every metal it was combined with, increasing strength and reducing weight to one tenth of the metal without Boratium. It also held the effect of spreading molecules of the metals combined with Boratium, to increase the output of production using less base materials. Raw precious materials could now be stretched farther.

The benefits of Boratium in weight and strength brought the costs of space travel to a fraction as the benefits translated to the volume of missions that could be afforded to and from Negara. Boratium also improved Ion drive output as space craft could now travel hundreds of times the distance with the same fuel capacity.

II - A Mission to the Stars

In December 2238, Negara suddenly broke free of her orbit of the earth and began to move far from Earth. The change in orbit was not predicted, but not unexpected of such a foreign body that could so easily appear. By March of 2239, Negara was 11,000,000 kilometers from earth and increasing in velocity by 30,000 kilometers per day. It quickly became evident that Negara would be completely out of human reach in a very short time.

Back on Earth, humanity had changed as Boratium had been cemented into the core of manufacturing. Automobiles, building materials, weapons, and other tools largely adopted by man had been enhanced by the qualities of Boratium. With Negara gone and Boratium supplies dwindling, theories about the source of Boratium gained traction in the public and private eye.

Almost overnight corporations, and scientists alike began proposing human missions to the very edges of the solar system, to study the asteroid ring known as the "Constantus Belt" surrounding it. Since no prior craft had been this far into space it was deemed a suicide mission for anyone willing to volunteer, but none the less, thousands came forward. In early 2241, twenty two space craft launched within days of each other, bound in different directions for the outer ring. In all, two-hundred miners and families would take the likely one way journey to the edges of the galaxy for humanities sake.

By 2244, the first explorers reached the asteroid belt. Boratium dust was detected along with small amounts of almost all known elements. Many of the asteroids were larger than Negara and had the potential of being used for permanent human habitation, but quantities of Boratium were considerably scarce compared to Negara's concentration. As a result, the collection of Boratium would be a long, tedious, and expensive process.

Boratium being so rare guaranteed anyone who could collect it a highly profitable living. Since getting the collected resource back to earth would take years in travel times each way, the first miners would spend a considerable amount of time away from civilization, locked in transit to and from the ring and earth. Most miners viewed this loss of freedom and life lived with regret that could only be offset with the wealth acquired from the sale of the Boratium.

As demand for Boratium grew on earth, expectations of the ring miners grew higher. Ultimately this caused tremendous resentment on both ends of the trade as miners were rewarded less and less despite sharp and continued rising demand of Boratium on Earth. In 2250, the miners formed "The United Miners Union" to organize against EP back on Earth. They became known simply as the "Ringers". To survive in the vastness of space, the Ringers harvested ice among the asteroids of the ring, and built greenhouses to produce breathable air, food, and water supplies. The risk of early food stocks running out had long since passed with the careful cultivation of strong crops from earth in the earliest days of the mission. Numbering well over 20,000 inhabitants among the ring, the Ringers were now a well supported and stable society in space governed by the foundations of Earth law and respect.

Though transportation costs were relatively low to send air, food, and water, almost all space craft being manufactured on earth were shipped to the ring devoid of air and water. The process was called "Quick Hauling", and provided faster turnaround times. Empty haulers made the trip out in less time, affording would be miners a quick turnaround for profits. New miners would take lower upfront compensation to pilot empty haulers to the ring in less time, saving one to two years of travel time.

In 2251, Explora-Incorpus began to cut miner compensation and pay citing the growing safety and living standards on the ring. 2250 alone had seen the loss of 200 miners lives, and the further decline of payment back home only further frustrated miners around the ring. In response to EP's claims, the Ringers began withholding Boratium shipments and cut supply by 25% back to Earth.

By 2252 EP decided to stop all resource shipments to the ring. Earth was convinced the Ringers would have to submit to their rule and all Boratium trade would fall under Earths control. EP was critically wrong, and the Ringers short of any heavy weaponry began to modify existing ships for war. Ringers possessed the refineries necessary for processing of Boratium, and so needed to develop the factories needed to produce ships of their own along the ring.

These ships were branded by the miners, and the raw nature of space which had changed every miner began to show. Skink, Orthax, and Mutex were only some of the names that these crude devices possessed for mining and war alike. Their purpose was simple, lure in EP ships and disable or kill crews aboard. Leadership within EP was stubborn, and egotistical. To deal with the Boratium supply threat, leaders elected to establish additional mining operations along untapped portions of the ring using reserve supplies of boratium. By demonstrating an independence of supplies from Ringers it was believed they might then opt to fall in line. The Ringers would have none of it and only further expanded operations to those untapped regions while infiltrating and sowing confusion among newly sent EP miners.

A new kind of war was fought as EP Ships and Ringers alike confronted each other in the emptiness of space and among the asteroid checkered ring. In this conflict, new factions of opposing miners, scavengers, and pirates began to benefit from the conflict and the wreckage strewn about the solar system. As profits from scavenging are lucrative, not even transports are safe, and rogue facilities and stations can be found strewn about the ring as well as deep in space, Ringers no longer view themselves as earthlings and have lived in space all their lives, becoming smaller and weaker than their earthly born counter parts, but experiencing less disease and longer lives.

It is now 2270, and the war continues... As a Ringer, Boratium is your life as you collect it without discrimination in the pursuit of stronger ships and weaponry capable of staving off the threats of scavenger, pirate, and EP alike. Your ship is crude and weapons even moreso as you search, and sift through asteroid and wreckage alike, battling foes behind thick armor and wholesome metal. The solar system is dotted by wreckage, and mines, and some say alien craft have even been found. Many upgrades for your craft are available from the union and private parties, but everything is traded for in Boratium backed credits or tokens.

Search, scorch, and sift in that order.